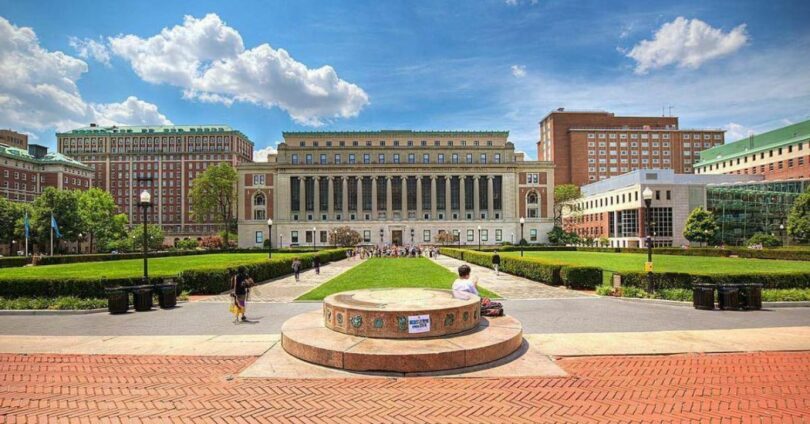 The race to build a top-tier science and engineering school in New York will rev up this week.

Later that day, Bloomberg will deliver the keynote address at an event sponsored by Crain’s, arguing his plan is critical for New York’s future economic growth. And later this week the city will release its formal request for proposals for the school, which is sure to set off a flurry of activity from the dozen or more institutions that have expressed interest in spearheading the project.

“If you ask leaders at tech companies what they need most, more likely than not they’ll tell you it’s one thing: more skilled engineers,” said Deputy Mayor for Economic Development Robert K. Steel. “New York City’s tech industry is growing, but a new or expanded applied sciences campus can help catapult that industry and our economy to a new level we haven’t yet seen and one that can drive job growth for decades.”

Dozens of academic institutions from around the world want to take up Bloomberg’s offer to build a new engineering school in the five boroughs. The administration sees it as a way to make New York a tech magnet to rival Silicon Valley, and while some city schools feel overlooked, others are ramping up the pressure.

Cornell University, based in Ithaca, N.Y., hired a lobbyist — Suri Kasirer — and a public relations firm — BerlinRosen — in its quest to be selected by the city. It has reached out to elected officials to shore up support. And once the city releases its formal request for proposals, expected in the next few weeks, Cornell says it expects to submit an attractive offer.

From the other side of the country, Stanford University will flout its Silicon Valley connections and multibillion-dollar endowment in its own application. In its response to the original request for expressions of interest, Stanford said it would build a $1 billion facility to house 100 professors and 2,200 graduate students.

“Our proposal will speak for itself,” said Lisa Lapin, Stanford’s assistant vice president for communications. “If it’s something New York is interested in, we’re interested too.”

Bloomberg has said the winning applicant will be chosen by December, and that the city is prepared to offer four locations as possible sites: Farm Colony in Staten Island, Governors Island, Roosevelt Island and the Brooklyn Navy Yards. Applicants are welcome to propose privately owned sites as well.

Bloomberg administration officials have been quietly drumming up support for the engineering campus over the past month and a half, holding meetings around the city with elected officials and key stakeholders.

The sense of urgency within the administration is palpable. The mayor is said to want to have the new school up and running before he leaves office in January 2013. He has been bringing up the subject in social conversations and radio interviews. And he sees the project as a key piece of his legacy—and the linchpin in the city’s wider efforts to transform New York into a technology and engineering hub on par with Boston or Silicon Valley. Seth Pinsky, president of the city’s Economic Development Corporation, said the winning institution will be the one that proves it can bring in the most money for the city.

The administration sees two main benefits of constructing and operating a new campus: creating jobs in the short term, such as construction, administrative and faculty positions; and spurring hundreds of tech start-ups that would emerge over time from the school’s engineering work.

In the best case, administration officials hope the school would spin off a fast-growing “gazelle company”—like Facebook, Google, or Twitter—that would employ thousands and reap millions of dollars of economic activity for the city.

“That would be like hitting the lottery,” said one administration source.

But the effort will not be without its obstacles, or its detractors. Already, hometown schools are grumbling about the city’s unwillingness to invest in a preexisting, city-based engineering program. They complain that rather than sinking money into an out-of-state or out-of-country institution, the city would be better off bolstering engineering programs at Columbia University, CUNY, or New York University.

“Why didn’t the mayor talk to the schools that are here first?” asked Nada Anid, dean of the New York Institute of Technology’s School of Engineering and Computing Sciences. “We are the engine behind a lot of things. We’ve been here for a long time. And we deserve to be the primary partners in this project.

Pinsky said the city routinely partners with local engineering schools on a host of issues, and that the RFP is open to all schools who wish to apply, including hometown institutions. But some administration insiders were blunter, noting that if any of the city’s current schools were going to have a top 10 engineering program, it would have happened already.

Finishing the construction within the time frame set by the Bloomberg administration, and finding the right applicant that can put up most if not all of the financing, presents another host of challenges for the city.

Some have suggested that the city would likely choose a top 10 engineering school in order to speed up the process. Or a consortium of schools looking to pool resources. Bringing in such a school or schools would likely attract droves of students and faculty eager to be a part of the new venture. Only 3 top 10 U.S. schools responded to the city’s initial request for expressions of interest: Stanford, Cornell, and Carnegie Mellon. But administration officials stressed that all applications would receive a fair hearing.

“There’s universal enthusiasm for this effort,” said Kathy Wylde, president, and CEO of the Partnership for New York City. “The advantage will probably go to those who can demonstrate they can move more quickly and more comprehensively to meet that goal.”