Though he will be attending the reception before the Empire State Pride Agenda’s dinner Thursday night, Andrew Cuomo will not be joining Gov. David Paterson, Mayor Michael Bloomberg and Sens. Chuck Schumer and Kirsten Gillibrand (who is delivering remarks) at the dinner itself.

That is not the only way that the Democratic nominee has split the difference when it comes to dealing with the state’s premier gay rights group. In a move that has caused some private anxiety among ESPA supporters about his willingness to take clear stands on priority issues, Cuomo opted against filling out ESPA’s standard questionnaire. Instead, he wrote a letter detailing his policy positions on gay rights. 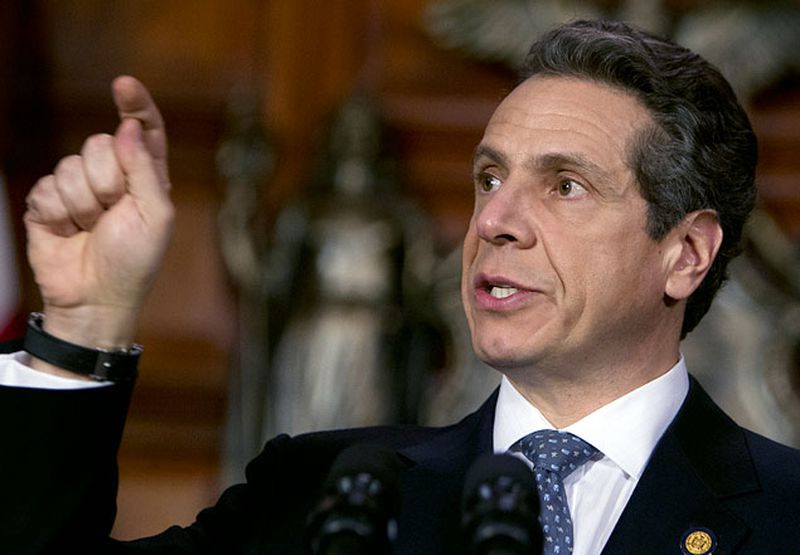 Not that ESPA itself seems to be holding that against Cuomo as it prepares for Thursday’s dinner and the formal endorsement decisions to be made next week.

“I can’t comment on the ongoing review process, but certainly can say that we view the attorney general as a friend and strong supporter of the LGBT community,” said ESPA spokesman Darren Dopp.

Thanks in large part to his consistently huge lead in the polls, Cuomo has been able to steer clear of many of the alliances, alignments and endorsement arrangements that are traditional for gubernatorial candidates. Especially with Carl Paladino’s implosion and most of the media attention consumed by each new scandal he sparks, Cuomo has been able to keep his specific commitments largely restricted to those he has laid out himself in the five books released so far by his campaign.

Nevertheless, while Cuomo chose not to fill out the ESPA questionnaire, he has filled out others, including those of NARAL, Planned Parenthood, the Sierra Club, the Buffalo Niagara Partnership, the League of Women Voters and the League of Conservation Voters, according to his campaign.

But ESPA’s not the only one Cuomo’s campaign has decided to skip—at least so far. Citizens Union, the New York City-based good government group, is also still waiting to hear back on whether Cuomo will be filling out the questionnaire.

“I am hopeful that he will, though he hasn’t yet,” said Citizens Union executive director Dick Dadey. “We have been repeatedly, repeatedly in touch with his office to get it.”

Dadey noted that Paladino has also not filled out the questionnaire to date, but that the major party candidates for attorney general and comptroller have. He said that that Citizens Union expects the Cuomo questionnaire in the coming days, and that he has been in regular contact with Cuomo advisor Jim Milatras to set up the completion of the questionnaire and in-person interview that are pre-requisites for getting the group’s endorsement.

Not everyone is getting that kind of outreach from the Cuomo campaign. Even as he has built back up some relationships with labor strained by the introduction of his policy proposals—including through reconciling with the Working Families Party—Cuomo has not been endorsed by many unions to date.

DC 37, the largest municipal union in New York City, took an active role in the attorney general primary, backing Richard Brodsky. But so far, it is not expecting much of a role in picking the next governor, given Cuomo’s lack of interest in completing its campaign questionnaire.

“Cuomo has not sought the endorsement of DC 37,” said DC 37 political director Wanda Williams, “and therefore Cuomo has not filled out a questionnaire.”